The term Wireless Router is frequently mentioned in regards to home networks connecting to an internet broadband provider.  If a home owner purchases broadband data service from a local provider typically the provider will supply you with a wireless router and configure it so that your wired and wireless devices are all able to connect to the internet.

If you’re looking to buy your own, they have dropped considerably in price in recent years. Most of them look like a simple, small box, sitting next to your cable outlet or telephone connection. Wireless routers have made it possible for millions of households to setup simple home networks where everyone can connect to the internet.

What is a Wireless Router? 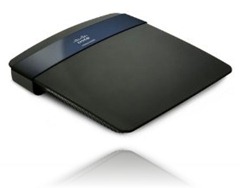 A wireless router is typically called the gateway into the home. It’s at this point where the external internet connects to your internal home network. It’s here where you enable or disable wireless Ethernet and set a password so that your wireless connections are encrypted. However, the wireless router is really a collection of networking technologies.

First off, it provides network routing functionality. It allows you to connect to the internet.

Secondly, most wireless routers have four RJ45 network data connections on the back side allowing you to connect your wired devices. The function of these four data connections are what is called a networking switch or hub.

Finally, the wireless capabilities are also known as a wireless access point.

All three of these networking technologies bundled up into one small device have made it incredibly easy for homes to connect to the internet and share their home Ethernet network (or LAN) among different computers and portable devices. However, if your home network is to grow and operate at faster data communication speeds, an understanding of the individual technologies is important.

What is a Router?

A router forwards your network data packets between different networks – mainly your internet broadband provider. The router is a gateway and is what allows two or more computers to share the same internet connection. Without it you would either need separate internet connections to each PC or one of your computers would have to function as the gateway router which would require two network adapters. One of these network adapters would be used for the incoming broadband signal from the external network (WAN or Wide Area Network) and the other network card for the rest of your home local area network (LAN).

Most routers come with a firewall which keeps external activities out of your home LAN. Another primary function of a router is “NAT” which stands for “Network Address Translation”. The NAT also translates the IP addresses of your internal LAN computers into different public IP addresses out on the web. If you requested information to be downloaded to your computer then the NAT makes sure the right public information, and only the information you requested, gets sent to your computer.

What is a Networking Switch?

A network switch operates only on the internal part of your home LAN. It allows different devices within your home network to communicate with each other. It cannot function as a router and connect your LAN to your external internet broadband service provider.

A switch might not make much difference in the efficiency of a small home network, but if you’re sending large video files from one device to another it can have a huge impact on the performance of your home LAN.

As mentioned earlier, most home wireless routers come with four wired RJ45 data output connections. Typically these are switched and are adequate for most home LANS. If you need more than four wire connections, or you need faster data communication speeds, such as gigabyte Ethernet, then you should purchase a separate switch for your home network. They are typically available in either 8 port, 16, 24 or 48 port configurations.

This is the point of entry for converting your portable device radio waves into the 1s and 0s required for your home LAN. The device may include one or two antennas, or most likely the antennas’ are built in. More importantly it will include security options for you to encrypt your wireless local area network (WLAN) to keep outsiders out.

The packaging of all these networking technologies into one device has made home networking “plug-in-play” for most homes. More recently, even the wireless security encryption is enabled by default. A unique wireless password (usually a long series of digits and/or letters which are nearly impossible for someone to guess) is printed on the nameplate of the device along with the default SSID. Users can connect to the router simply by reading the label without having to do any manual configuration. If they so choose, they can connect to the routers administration screens and easily change the default values.