This article continues an overview of the standard functionality provided by the ASUS supplied firmware. The previous article can be found at: The Asus RT-N16 Router Firmware – Part 2, Advanced Wireless Settings.

The previous article dealt with the Advanced Wireless Settings, whereas this article will detail the advanced LAN configuration options available.

The LAN (Local Area Network) is a computer network which connects network devices in a limited area, such as your home. The router firmware has configuration options which enable you to better control the network traffic inside your home network.

The LAN IP address should have been automatically assigned. However, if you need to change it this screen can be used to update it. 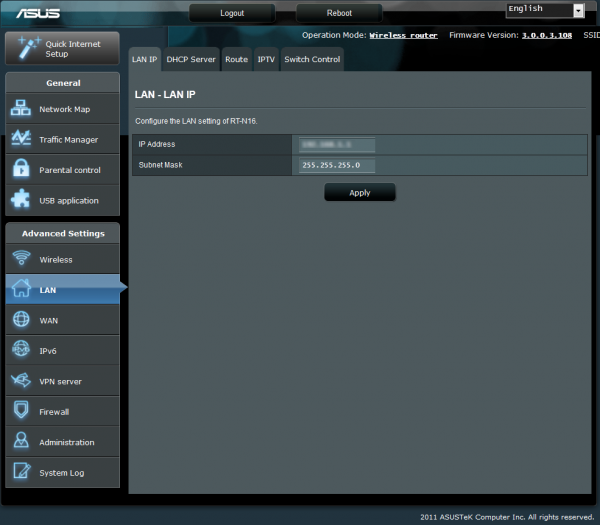 The Dynamic Host Configuration Protocol (DHCP) is a network configuration protocol for hosts on Internet Protocol (IP) networks. Computers on a network need to know the IP address of other devices in order to be able to electronically communicate. The job of the DHCP Server is to make this configuration process automatic.

The DHCP Server also configures routing information by informing clients of the default gateway and Domain Name Server (DNS) so that network clients can quickly locate other devices on the network.

The simplest method of IP address assignment is to keep this process automatic. However, there are times when IP addresses need to be manually assigned. A simple example of this is a printer which is configured to communicate via your home network instead of directly attached to your computer with a USB cable.

When the printer is initially connected, the DHCP Server will assign it an IP address. You configure your printer driver to talk to this IP address and everything works fine. Fine, that is, until all of the equipment is restarted and the DHCP assigns the printer a different IP address. You now have to change all of your client drivers to use the new IP address. In this case, it’s easier just to assign the initially assigned IP address to the specific MAC address of your printer. It will always be the same regardless of hardware restarts.

There may be scenarios where defining the communication routes between your home network devices may improve the overall performance of the network. This typically happens when you have multiple routers or gateways in your home network. However, the downside is that this typically requires a network administrator – you. That is unless you have the financial resources to pay someone to manage this for you.

It’s unlikely that very many home networks use static routing. 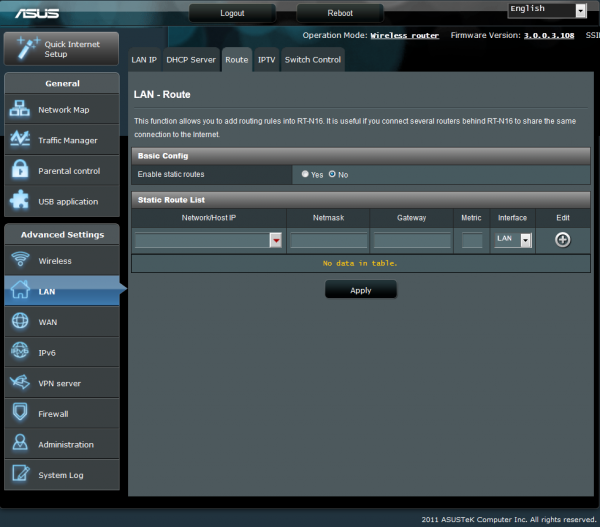 Internet Protocol television (IPTV) is a special protocol designed for delivering television content from the internet through your home network to any set top boxes connected to your TV’s. There may be special configuration needed for IPTV on your home network. 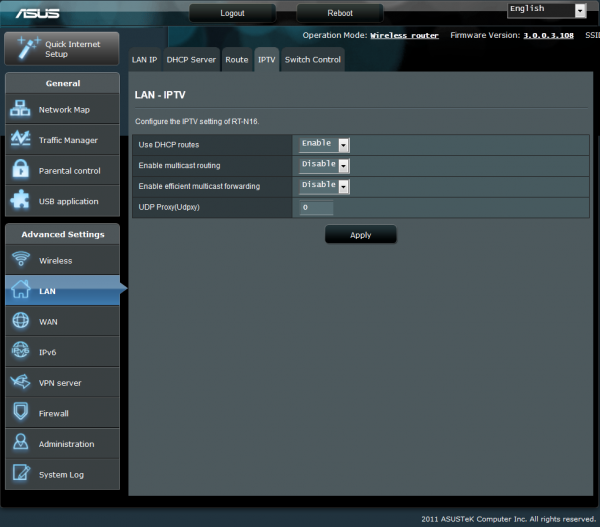 Ethernet data travels over your home networks in packets called frames. The typical size for an Ethernet frame is 1,518 bytes. There is a certain amount of overhead associated with your router having to process these frames. It would make sense that increasing the size of these frames would increase the amount of data which could transfer, along with decreasing the amount of CPU processing required. This is the exact purpose of enabling jumbo frames.

Be aware though that there are tradeoffs associated with enabling jumbo frames. While larger files can significantly increase in transfer speed, smaller amounts of data which need to move quicker may now move slower as a result of jumbo frames being enabled.

Also, jumbo frames are only available on gigabit networks. Each of the devices involved in passing jumbo frames must also be capable of passing the same size of jumbo frame. Since there is no standard size jumbo frame this can be a bit difficult to determine if you can benefit from it.

At first glance one would wonder why you would want to disable the hardware accelerator. Basically this involves the routing chip processing the packets instead of the router’s CPU. However, there can be issues involved when using this with VPN’s (virtual private network) or IPTV (Internet Protocol television) so the option exists to disable this feature. 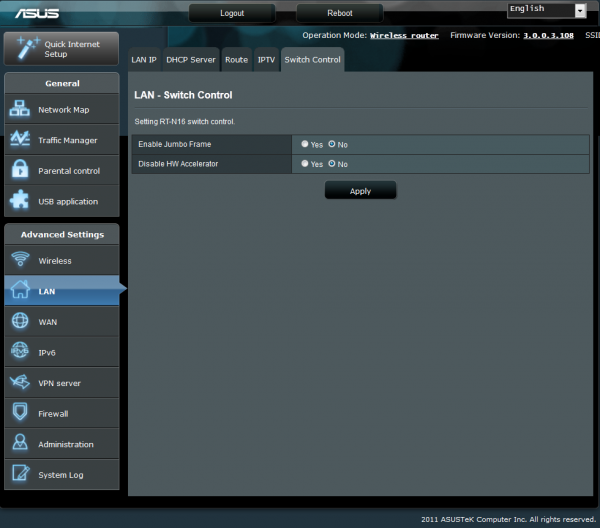