Installation of EaseUS’s Todo Backup Workstation software product was for the most part simple and straight-forward. It does not necessarily require a tutorial for most people except for that fact a few of the install screens were a little bit different than normal.

The reason for these extra screens on my computer was because I already had their free version installed on my PC. I expect that if I did NOT have this installed, or better yet, uninstalled the free version before installing the purchased product, that then the installation would have been very simple.

Once you’ve downloaded the purchased software install to your computer, double-click on the executable to start the installation. There is an extra option for the EaseUS Todo Backup Remote Console which was unselected by default. I left it unselected. I assume it can be installed later if needed. 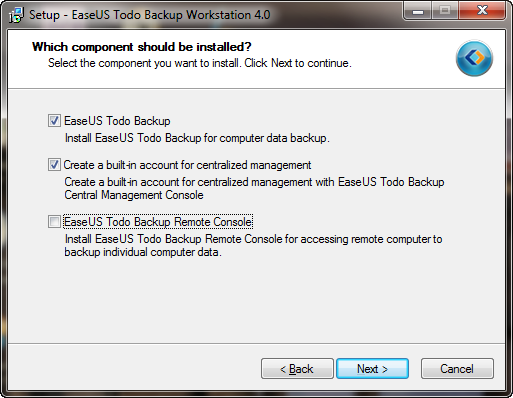 It was at this point I realized I probably should have uninstalled the free version first. However, the following message indicated it would uninstall it for me. It is not uncommon for software installs to do this automatically. In fact, it’s appreciated so that I don’t have to exit the install, uninstall it manually myself, and then start the installation over again. So I clicked the Yes button.

A typical progress bar displayed… then redisplayed… and redisplayed again. I actually lost count of how many types it finished then started over again. But I resisted the urge to kill the setup process, thinking it was waiting for something else to close. I left the room and came back later and it was finished. It might have taken a total of 10 to 15 minutes.

It’s not uncommon for backup software products to install special system drivers which allow the software to copy locked files. Usually the software will make use of the Windows 7 “Volume Shadow Copy” service to make this kind of backup copy. Even with this, the backup software may have its own system level driver or service which it needs to stop, and then wait before being able to uninstall. 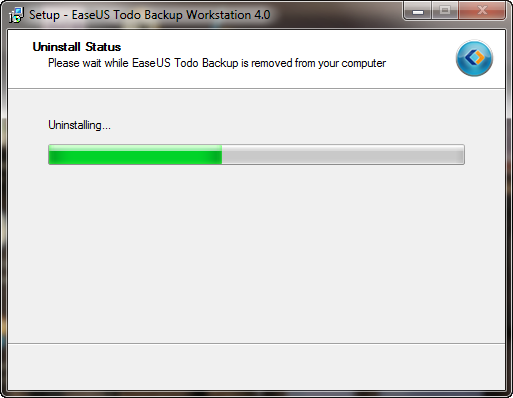 The normal software install procedure began next. Simply accept the default location. I use Windows 7 64 bit so you see the “(x86)” in the path name, which is normal. 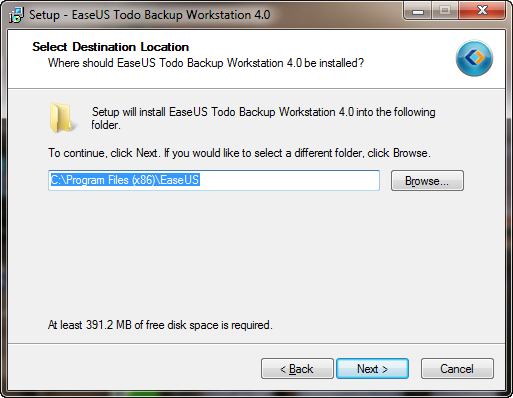 The following message appeared informing me that the EaseUS folder already existed – this was from the free version I had installed. Normally the uninstall program would have removed this folder, but it did not this time. Click on the default Yes button to continue.

Accept the default option to “Create a desktop icon for EaseUS Todo Backup”. 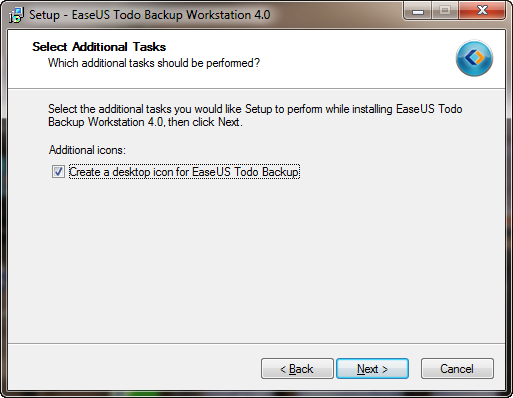 The installation then next asks you to confirm the location to save your backup files at. Mine defaulted as shown below since that is what I used with the free version. I had previously mapped the drive letter “X” to my external hard drive so that it would always be the same letter regardless of whether or not my portable USB drives were installed. This can be done in Windows 7 through the Control Panel -> Administrative Tools -> Computer Management option. Expand the Storage -> Disk Management nodes and you can make changes to the properties of your connected storage devices. Right click on the disk you want to change and there should be a context menu option to change the drive letter.

The software install simply used this setting from the free software configuration as the default value which I accepted by clicking the Next button. 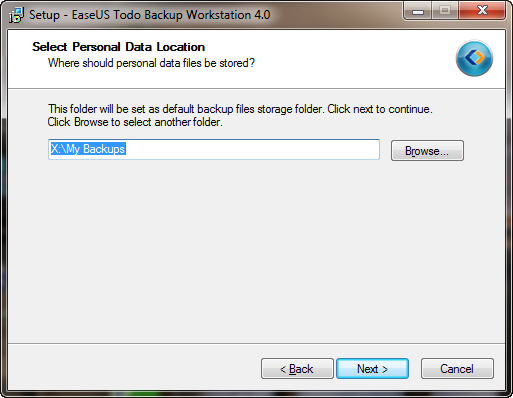 Another progress bar is displayed. This one worked like normal. 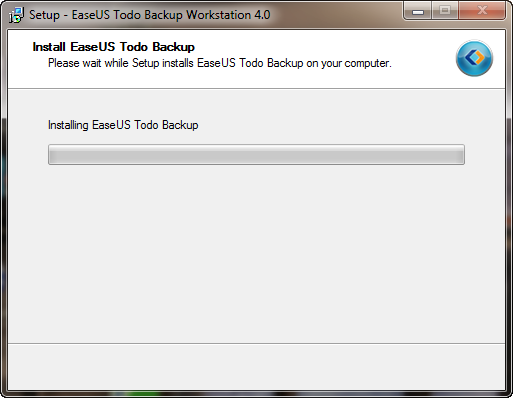 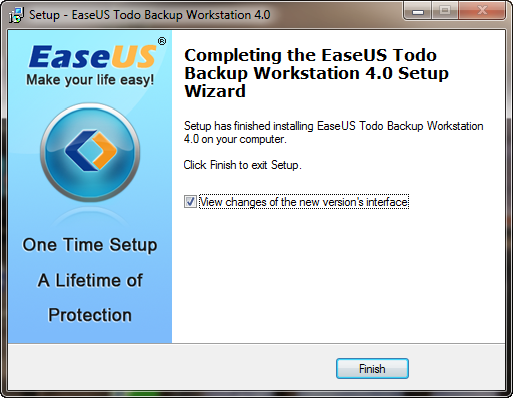 I had clicked the option on the final setup screen to see the new version’s user interface changes, so this displayed after clicking the Finish button. It was only a short Flash presentation through five different screens. 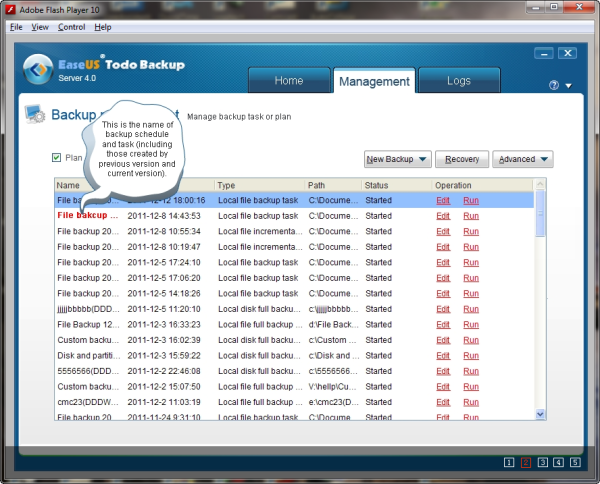 I deleted the free version’s icon, thinking I could create a new one using the menu option for the new program. However, there was no menu option anywhere under the Programs menu. So I simply restored the deleted icon from the recycle bin and renamed it myself.